Using risk modeling in the budget process will contribute to turning the budget into more of a strategic tool for management, as it will provide significantly more information and decision support than what a traditional static budget will do. 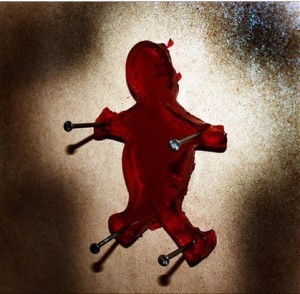 The traditional budget approach is much like pinning jelly to a wall.  You know it’s not going to stay there, even if you manage to pin it up there in the first place.

It is almost impossible (very low probability indeed) to nail all of these budget assumptions with deterministic parameters. Nevertheless, the whole organization uses a lot of resources and a high degree of apparent precision on setting these assumptions.  Often they are also set as a mix of neutral assumptions and goals, making it very difficult to measure the results after the fact.

An alternative way to budget is to use risk modeling. Focus will shift from «one number» to the expected economic result with a distributed outcome. The distribution of the result describes how well – or bad – the business’ results may become, taking into account that most assumptions are indeed uncertain. Focus will be on describing and quantify the uncertainty in key assumptions, and in turn get a quantification of what this uncertainty may mean in economic terms.

Key assumptions, the drivers of value creation, are described by their

A traditional Excel-based budget model can, using the tool Excel @ Risk or another simulation tools, turn the budget into a risk model. The model will calculate what the expected outcome is – given the uncertainty in assumptions.  It can also describe the best and worst outcomes for the financial variables the budget model calculates. The outcomes can be show as a probability distribution. In addition, such a model can be used to assess which variables are the main drivers of value creation.

The value creation goals of the business would then be given probabilities for the target being reached. The business will thus have an assessment of whether its goals are realistic.

How to do it

The basic procedure for this kind of modeling is: 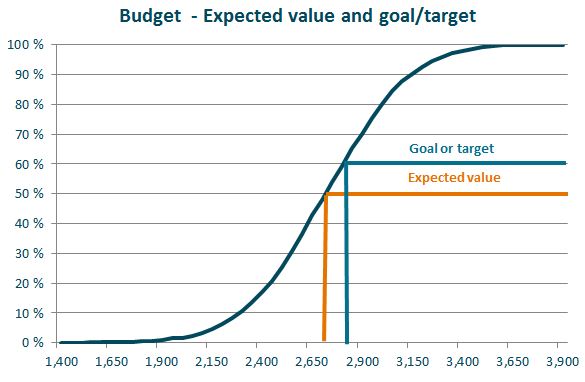 Using this kind of modeling , the business focus moves from «one number» to a discussion on probable outcomes and what measures can be taken if the results most likely will not meet the business’ requirements for return on capital.

The budget will to a greater degree become a strategic tool for management, because it provides essential information for decision-makers in a way the traditional budget approach will not.