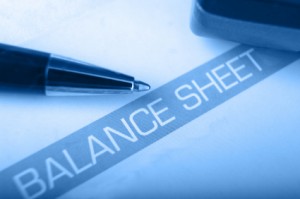 In some cases, however, it may be argued that hedging the balance sheet creates shareholder value, since a lack of hedging may lead to the company breeching covenants in loan agreements. The cost for the shareholders in that case is, as a minimum, increased cost in the form of higher margins on debt. Ultimately, it may mean that the company is technically bankrupt and that the share capital is lost, in which case the shareholders values are lost. Therefore, implicitly this is a hedging strategy which is necessary from the shareholders point of view.

Theoretically it may also be claimed that companies should not hedge at all, as the shareholders may achieve the wanted level of risk by diversifying their portfolios. But in the case of balance sheet risk this is not possible. Since the risk is in the books of the company, it is only in the company the risk may be hedged and have the desired impact on the bankruptcy risk of the company. This is therefore a special case compared to many other risks.

Covenants in loan agreements may warrant hedging to avoid breech solely because of changes in currency rates. Such covenants may for instance be on gearing (debt/equity) or on tangible net worth. If the company has such covenants and not a clear margin on breeching them, it may be necessary to limit or indeed immunize the negative impact from currency movements.

To look at this issue I will look at a company which has assets in currency and all its debt in NOK, its home or functional currency. The initial balance sheet looks like this:

If the company hedges gearing, the size of the equity will be more at risk, since the company hedges a smaller proportion of its assets in foreign currency. And in addition, drawing a larger proportion of debt in the home (or functional) currency may imply an increase in economic risk. Normally a company with foreign assets also has revenue streams in foreign currency, while it by drawing debt in the home currency takes on local cost, thus increasing economic exposure. Hence, if the company does not have to hedge gearing it should hedge its equity.

Choice of hedging strategy will have different results:

As the graphs show, gearing or equity hedge will have different impact on key figures. However, no hedge at all (all debt in the home currency) will have the biggest impact both on gearing and equity, or tangible net worth:

Overview of impact on key ratios

If the impact on balance sheet values due to movements in currency rates may result in breach of covenants in loan agreements, the risk should therefore be hedged in a way which limits the impact on the most vulnerable figure, be it gearing or equity.